Later this year, students of Elizabeth Moir School will begin their education at six universities ranked in the top ten in the world including Oxford, Yale, Columbia, Imperial, UCL and Johns Hopkins – as well as two of the top four Liberal Arts colleges in the US, Amherst and Wellesley.  This includes Rachel Hayward and Kaavya Gnanam who will be starting at Oxford and Columbia, respectively, in September after taking Gap Years.

Because fewer people started university in 2020, applications to the most selective US universities increased by upwards of 30% this year, meaning acceptance rates dropped significantly, particularly for international students seeking aid. Top ranked US colleges traditionally take one from Sri Lanka a year, if that, so the odds are stacked against students at the best of times. Thus, the achievements of these Moir students, plus others in Sri Lanka who received places, is all the more impressive.

Rivi Wijesekera has been offered a place at Yale, one of the best-known universities in the world, with financial aid worth $70,000 per year.  He was also offered highly prestigious merit scholarships (as opposed to needs-based financial aid) by Emory and by Washington and Lee University.

Seth Jayawardane was offered places by both Johns Hopkins and Ivy League Brown.  Given his interest in biotechnology and medical research, he chose Hopkins, which is a world leader in these areas with its famous hospital and public health school.

Atheek Azmi was offered places at Imperial College London and Amherst College but chose Amherst, one of the hardest to get into as one of only five universities in the US to be need-blind for international students, along with MIT, Harvard, Princeton and Yale.  This led to him receiving aid worth $320,000.

Zara Kulatunga was offered places at Tufts, Wellesley and Mount Holyoke and has chosen to go to Wellesley, which offers dual degrees with MIT and is one of the historic Seven Sisters Colleges.

‘This is just a snapshot from one small school in Sri Lanka,’ said Head of School, Elizabeth Moir said. ‘Outside our school, I hear a Sri Lankan student has got a place at Princeton and another at Stanford this year and I am sure there are many other good news stories like this that can do everyone in this country proud. I urge students, wherever they study, to conduct their own research and also seek guidance from teachers and former students who have studied at these top universities. Although this is a competitive field, ultimately what is important is that hard-working, talented students from this country get the opportunities they deserve, making us all proud in the process.’

In addition, Moir’s two Head Prefects, Yumna Hussain and Areeb Atheeque, received aid worth over $500,000 in total from Lafayette College, one of the ‘Little Ivies’, along with Amherst and other leading Liberal Arts colleges.  Mrs Moir said, ‘I am told that what encouraged Lafayette to break with the norm and give two students from the same international school such high aid was the detailed references from our teachers. So as hard as students have to work on their essays, it is important that teachers put similar effort into their references.’

Other students to receive financial aid to enable them to attend university overseas were Ruqayyah Irshadeen and Janindu Nanayakkara, who will both be going to NYUAD in September, with aid worth over $75,000 per year each.

On top of this, Moir students have won scholarships in other countries as well as securing offers at top UK universities, such as Imperial, UCL, LSE and almost all the Russell Group universities including Bristol, Durham, Edinburgh, King’s College London, Leeds, Manchester, Nottingham, Southampton and Warwick. 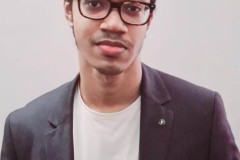 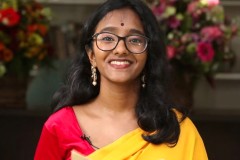 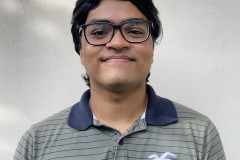 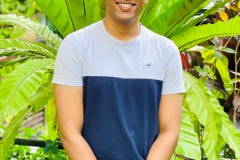